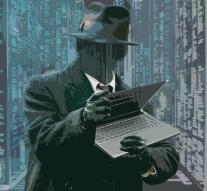 brussels - In order to avoid the dramatic increase in cyber attacks, EU countries need to work much more closely together. The European Commission wants to flow non-personal information freely through Europe and presented Tuesday plans to ensure digital security.

'No country can only address cyber security challenges,' said vice president Andrus Ansip (Digital Market). Four out of five European companies had problems with their digital security last year. Data theft, hostage software and credit card fraud and digital payment means are becoming increasingly common and need to be addressed harder when it is in Brussels. Estimates of digital crime damage are up to 265 billion euros per year.

Enisa, the European Agency for Network and Information Security in Crete, is being strengthened and transformed into a service that will make European cyber security robust. It must provide certificates for secure digital services and products connected to the Internet.

In addition, the Agency is going to draw a blueprint for actions that Member States need to take quickly in a large-scale attack. The annual budget should eventually double to 23 million euros. There may be a fund for Member States affected by cyber attacks.

Businesses and citizens can contribute to cyber hygiene by taking more seriously. This includes, for example, changing passwords on a regular basis and being careful with USB sticks and emails from an unknown sender. 'It should be as normal as your hands wash for food,' said Ansip.

The commission also came forward with legislative proposals to eliminate the 'digital barbed wire' between EU countries. Unimpeded data traffic could generate up to 8 billion euros annually. According to Brussels, it is essential for the 'data economy' to eliminate obstacles to the use of data on the border. Industry, government, (web) shops, hotels, transport, schools and financial institutions could benefit greatly from this.