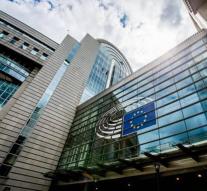 strasbourg - It is still uncertain whether the EU countries can meet the climate targets set in Paris. Even if the greenhouse gas emissions by the agriculture, transport and construction sector by 3030 are 30 percent lower, it is only the question of whether it is possible.

A large majority of the European Parliament voted on Wednesday for this purpose, as an important part of a package to finally reach the goals of 'Paris'. The international agreement seeks to reduce 40% of the total emissions by 2030, including the heavy industry emissions.

'Fully insufficient' to achieve the goals is the view of European parliamentary Bas Eickhout (GroenLinks) at the Wednesday's part-session. Additionally, the Member States try to weaken the proposal 'on all sides'. Gerben-Jan Gerbrandy (D66) is pleased that the parliament 'picks up'. The EU Environment Ministers are bidding on climate proposals on Monday, but are expected to be divided into a common position.

The parliamentarians also debated the US withdrawal from the climate agreement on Wednesday. The decision of President Donald Trump was set as 'short-sighted, selfish and irresponsible. '

You can take Trump, but if you do not get the Paris agreement, it's hypocrisy, 'said Eickhout. PVV 'Olaf Stuger hated the 'hypocrisy' of members of parliament, who book 'tens of thousands of first-class flights'. 'Well, touching everyone's fingers, but at the same time refusing to give a good example. '