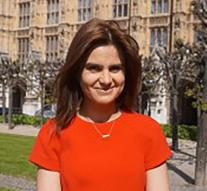 luxembourg - The eurogroup Thursday in Luxembourg at its meeting held a minute of silence in connection with the death of the British politician Jo Cox. Minister Jeroen Dijsselbloem (Finance) stated after the meeting to be very shocked.,, The UK is a beacon of peaceful politics. '

Also, IMF Managing Director Christine Lagarde said,, to be shocked and saddened '. Both of them wanted to enter into connection with the closure of the campaign in the UK no questions about Brexit, the possible departure of the British from the EU.