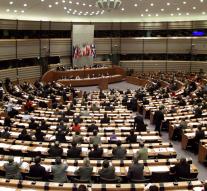 brussels - EU leaders should together with their African colleagues to join hands for the migration flow to Europe to a halt. This call does the European Parliament in a letter to the leaders of the EU countries.

They come Wednesday and Thursday met in the Maltese capital Valletta to make agreements with African leaders. " The union can no longer afford failure and should not waste any more time ", write the presidents of three major parliamentary groups.

The summit was officially established an emergency fund for Africa, the European Commission is filled with 1.8 billion euros. Thus the causes of illegal migration from Africa should be removed by the chance of work and education, especially for young people, to increase.

The intention is that the 28 EU Member States to double the amount. The counter is still on half a billion. The Netherlands has pledged 15 million.