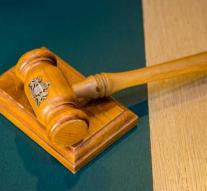 luxembourg - Documents in the negotiations between the European Parliament, the Member States and the European Commission on legislation should in principle be made public when requested. The European Court of Justice has determined that.

Citizens must be able to follow the decision-making process closely and have full access to all relevant information, according to the judges in Luxembourg.

In 2015, the EU parliament refused to release part of the documents with compromise texts after an Italian citizen had asked for it. He got them only after the legislative procedure was completed a year later. Too late, according to the court, which refers to the 'principles of disclosure and transparency' in the EU, which would increase the confidence of citizens in the EU.

The lack of transparency in the EU is a thorn in the eyes of national parliaments. Dutch parliamentarians, including Pieter Omtzigt (CDA), presented last month in Brussels on behalf of 26 EU parliaments recommendations that should improve this.

For example, parliaments should be able to check how a minister in Brussels voted on a particular issue. All documents should be publicly available as soon as possible.

The subject has not yet been put on the agenda for the Council of Ministers for European Affairs, a spokesman for the EU's temporary chairman told Bulgaria.