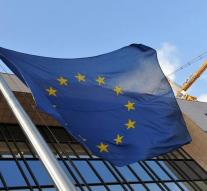 luxembourg - More than 780 million EU assistance to Moldova since 2007, designed to reform the public administration, has had little effect. According to a report by the European Court in Luxembourg, as the guardian of EU finances noting that the European Commission should put more conditions and requirements for the help.

Moldova, which is wedged between Romania and Ukraine, the poorest country in Europe and struggles with a weak and corrupt government. Per reckoned receives the republic head of population (3.5 million) annually 37 euros, most aid Brussels indicates six eastern European neighbors, including Armenia and Belarus.

The failure of the program is inter alia to a lack of political will on the Moldovans, said the Court, but also to insufficient coordination of projects on national strategies.