Home / World / EU is working on sanctions after cyber crime 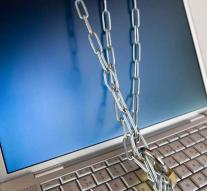 brussels - Cyber ​​attacks can be taken quickly against people or organizations involved in cyber attacks. At their summit in Brussels, the EU heads of government commissioned a sanction system to be developed. The Netherlands, the United Kingdom and a few other countries had insisted on this.

Russia is not specifically mentioned, but Moscow-controlled cyber operations such as the hacking attempt at the Organization for the Prohibition of Chemical Weapons in The Hague are also grounds for the measure. That must also deter people from trying to manipulate elections.

The punishment system must make it possible for people behind cyber attacks to refuse a visa for Europe and to freeze their bank balances. It does not matter where they live or what their nationality is. The European Commission is now going to decimate this legally.

The EU adopted a similar sanction system this week for people involved in an attack with chemical weapons, such as in Salisbury, UK.