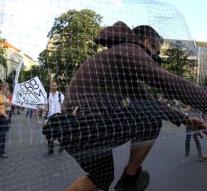 luxembourg - An asylum seeker may not be subjected to a psychological test in order to establish his sexual orientation. Such an investigation is a disproportionate serious deterioration of the asylum seeker's private life, according to the European Court of Justice.

In April 2015, a Nigerian filed an asylum application in Hungary, in which he said he feared persecution in his homeland because of his homosexuality. The authorities rejected the request because the sexual orientation did not result from a psychological test ordered by them. The man appealed against this.

The court states that governments can order an expert investigation to better determine what international protection an asylum seeker needs, as long as the right to human dignity, private life and family and family life are respected.