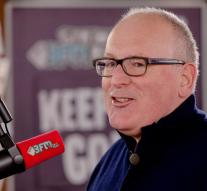 brussels - The European Commission warned Poland erosion of the rule of law. In a letter signed by European Vice President Frans Timmermans asks the commission to review a new law that confines the gourmand power and independence of the Constitutional Court.

The law was submitted by the party PiS which is from October to power in Poland. The parliament approved the law Tuesday good but the Senate has to decide about it later. The new law states among other things that the Constitutional Court no longer control the government will serve. The committee in question, the letter in order not to adopt the law.