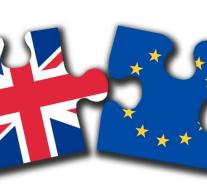 - The European Commission does not expect a request from Britain for September 2017 to be allowed to withdraw from the European Union.

It reports the German magazine Wirtschaftswoche according to sources within the committee.

The Committee assumes that the British government is taking the time to prepare for the brexit. Recourse to Article 50 of the Treaty of Lisbon is not expected before the elections in France and Germany, at the earliest in September 2017.


That Britons take the time before the application for retirement is to serve according to the sources of Wirtschaftswoche obvious: once London invokes Article 50 shall begin to run the clock. The negotiations should according to the EU Treaty to be completed within two years, although this period may be extended in theory.