Home / World / EU against Romania: do not return to fight against corruption 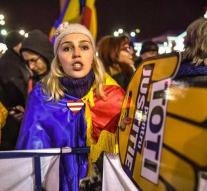 bucharest - The European Commission wants Romania to continue with the successful reform of the legal system instead of reversing it. Vice-President Frans Timmermans called on the authorities in Bucharest for this purpose on Thursday.

Among other things, he responded to the desire of the government to get rid of Laura Kövesi, the EU-valued chief of the Romanian anti-corruption service (DNA).

'For God's sake, do not go the other way', Timmermans said. He pointed out that Romania is on the path of legal reform just before the 'finish line of the marathon'.