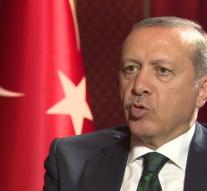 - Turkish President Recep Tayyip Erdogan late in all brands that after the failed coup stronger than ever in the saddle. He feels supported by the man in the street, devising Monday in an interview with CNN, recorded at the Presidential Palace in Istanbul, hard language to address his alleged enemies.

,, The Turkish people believe that terrorists should be executed. Why should I put them in prison and feed for years? I will accept any decision of the parliament regarding the death penalty, 'said the president.

Erdogan also said that the United States quickly official request can face the extradition of Fethullah Gulen. The required paperwork for that will be done within a few days.