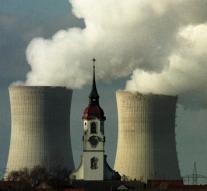 - The four major energy companies have set aside enough money to cover the cost of decommissioning their nuclear power plants and disposal of nuclear waste. This was reported by the German Ministry of Economic Affairs Saturday, according to the results of a so-called stress test that had carried it.

E.ON , RWE, EnBW and Vattenfall, the eight remaining nuclear plants in Germany at the latest in 2022 inoperative. The government led by Chancellor Angela Merkel decided that in 2011 after the nuclear disaster in Japan Fukushima. The researchers estimate that the decommissioning of the plants and the disposal of nuclear waste in the most favorable scenario 25.1 billion to 29.9 billion euros costs and in the worst scenario 77.4 billion euro.