Home / World / Endangered German surgeon: 'He wanted to behead me ' 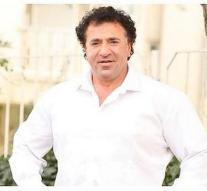 - A 54-year-old German surgeon who was attacked Monday in his practice in Troisdorf, feared for his life when a man brandished a knife, shouted in Arabic 'God is great' and threatened to behead him.

That tells Dr. Attila Tan to Focus Online. One of the attackers was the father one of his patients.

The 19-year-old patient would have come with his girlfriend to an appointment and will then have worn all very aggressive. There was disagreement about the treatment and the patient stormed angrily from practice, to return later with his father and his brother.


The father was carrying a knife and shouted 'God is great!' And while the boys were holding the surgeon, the father tried the blade to reach his throat. 'He yelled that I had to apologize to his son and that I had to kiss his hand,' said the surgeon.

Agents could intervene in time and prevent the man was seriously injured.