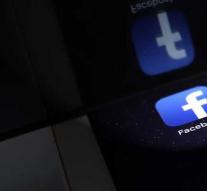 jakarta - Employees of Facebook in Indonesia may disappear behind the bars for a long time. The country is investigating the practices of the American tech company from home, because possible privacy laws have been violated.

If that is indeed the case, employees can get a cell for up to twelve years. In addition, they might have to pay hefty fines. The Indonesian Minister of Communications has commissioned the investigation. Earlier he threatened to take Facebook out of the blue in Indonesia. He has insisted on a meeting with the leadership.

In the Asian country, data of possibly one million users have been abused in the issue of research bureau Cambridge Analytica. Facebook itself has promised improvement in Indonesia, just like in other countries.