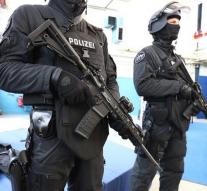 - The German domestic intelligence agency BfV has unmasked its own employee as a radical Islamist. Moreover, the man had plans to carry out an attack on the headquarters of the service in Cologne, according to various German media Tuesday.

A spokesman for the BfV confirmed that the man was arrested but said nothing about plans for an attack. According to Die Welt has admitted the 51-year-old man with German passport in interviews that he was planning a terrorist act.

The man was recently adopted by the service to browse in Islamist circles in Germany but later led a double life. He fell during his training and deployment no further, but meanwhile gathered business secrets. He had contact over the internet with several other Islamists with which he communicated about plans for an attack and shared the secrets. That was his Waterloo: one of those contacts proved another employee of the BfV.