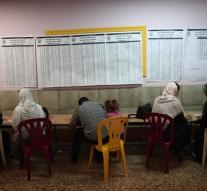 teheran - Over 40 million Iranians voted for a new president on Friday. That is what the Iranian Ministry of the Interior says. This would mean that the turnout is about 70 percent. In Iran, some 56 million residents were called to vote.

The election results are expected within 24 hours.

The struggle for the presidency is mainly between current president Hassan Rohani (68) and an 'ultra' among the mighty spiritualists, Ebrahim Raisi (56). A candidate must receive more than 50 percent of the votes to be elected president in this first round. If none of the candidates reaches that percentage, a second round will take place in one week.