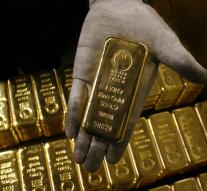 - Stop Child calls on the electronics sector to seriously go to combat child labor. According to the organization employs worldwide more than one million children in the gold mining industry, where gold is mined to include is in mobile phones and computers. This is contained in a report to be presented Thursday. Consumers can support the call by signing a petition.

More and more children have to work in the gold mining industry, according to research commissioned by Stop Child. In more than twenty countries where gold is mined, child labor is a major problem. In Mali, for example, the number of children in recent years has increased tenfold, from 000 to 200. 20. 000. Manufacturers of consumer electronics say that they do not accept child labor but do almost nothing about it, says the organization.

The electronics industry uses annually 279. 000 kilos of gold worth more than 10 billion euros. Thus, the sector is one of the largest buyers of gold in the world. The 4.6 million smartphones which is sold in a single year in the Netherlands 136 kilograms of gold, worth over 4.5 million euros.

According to Stop Child is more than 52 percent of Dutch consumers willing to pay more for gadgets that are made with fair gold. The organization is a collaborative group that includes development organization Hivos, the General Education and Kerk in Actie.