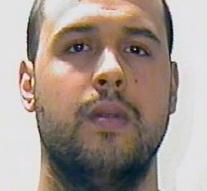 brussels - The Belgian suicide bomber Khalid El Bakraoui hated the corrupt West and vowed revenge for the millions of deaths among Muslims as a result of Western attacks.

This is in 'the will' 'of El Bakraoui that a medium of Islamic State, al-Furat, has spread.

El Bakraoui further denounces prostitution, pornography and exposure in the media.,, The humiliation (of the woman) has come so far as to show a naked woman to sell shampoo. ' The criminal Brussels native of North African descent blew himself March 22 in Maelbeek Metro Station in the Belgian capital and swept 21 people to their deaths.


He argues that the West is committing genocide against Muslims. According to him, millions of Muslims were killed in include Bosnia, China, the Philippines, Iraq, Myanmar, Palestine and Chechnya, reported Monday the Belgian newspaper Het Laatste Nieuws.