Home / World / Eight years in prison for violence in Charlottesville 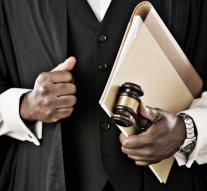 charlottesville - A US legal nationalist who was involved in the violence in Charlottesville last year was sentenced to eight years in prison by a court. During a demonstration of extreme right-wing alt-groups, he and a number of others have beaten a black man.

The incident happened in a parking garage and was filmed. The victim sustained a broken arm and injured his spinal cord. The perpetrator, 23-year-old Jacob Goodwin, said he acted in self-defense. Beside him, two more suspects were found guilty. They will still hear their punishment.

In Charlottesville last year an alt-right meeting was completely out of hand. A right-wing extremist drove his car into a group of counter-demonstrators. This James Fields is on trial for murder and can be sentenced to life imprisonment. A woman died in the action and 35 people were injured.