Home / World / Eight wounded by barbecuing in the basement 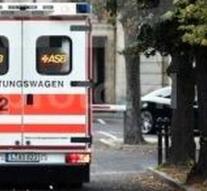 bremen - In the German city of Bremen eight people were injured during a barbecue in the basement of a house. The victims, including three children, suffered carbon monoxide poisoning. 'That is an acute life-threatening situation,' said a fire service spokesperson. One of the victims refused help.

According to the spokesman, the victims were not aware of the dangers of smoke. The group called the ambulance when one of them had become unwell. The fire brigade, which eventually issued large equipment, reported that the fire brigade's carbon monoxide detectors went off immediately when they entered the building.