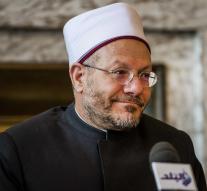 - An important Egyptian Islamist lawyer, Shawqi Allam, has condemned the bloody attacks in Paris as " shocking, senseless, heinous and cowardly attacks ". The so-called Grand Mufti is a Sunni scholar who is appointed by the government in Egypt. He is regarded as an authority in the field of Islam.

Shawky Allam said according to news channel al- Arabiya that Islam is totally against extremism. " The terror in Paris is also an attack on humanity that emphasizes our holy book the Koran. Terrorists misuse religion to justify their cowardly violence and their insatiable lust for power. These ideologies of hatred and terrorism must be eradicated root and branch ", said the Mufti.