Home / World / ' Egypt is investigating explosives in package US ' 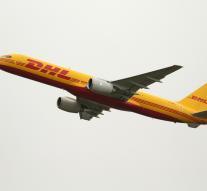 - Authorities in Egypt investigate according to US broadcaster CBS explosives found in parcels destined for the United States. It would be carrier of DHL packages. More details were not reported.

In late October a Russian plane crashed down in Egypt, after it had taken off in resort of Sharm al- Sheikh. All 224 passengers were killed. Probably there was a bomb on board. Islamic State claimed responsibility.