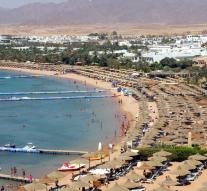 - The authorities in Egypt see the images from surveillance cameras from Sharm el-Sheikh after suspicious situations. Examines whether people might by metal gates or guards slipped there, said sources with the Egyptian security forces Saturday.

The video also looks at possible suspicious behavior of police officers and staff of the airport. A Russian plane went down last week, shortly after it set sail from the Egyptian resort. Possibly prevented by an explosion of a bomb on board.

The authorities have indicated that no additional safety measures are taken at airports in Russia. There was at the Yekaterinburg airport Saturday a bomb, but it proved a false alarm.