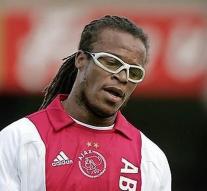 amsterdam - Edgar Davids has won a lawsuit against the Irish company Riot Games. Davids thought that the doll's 'Striker Lucian' from a video game seemed to be too much on him and, according to The Parole, was judged by the court on Friday.

Davids protested two years ago against the game that was popular in the 2014 World Cup. On a forum, Riot Games had already admitted that Davids was the source of inspiration for the Striker Lucian doll. But the company tried to convince the court in vain Friday that the similarities were not so great.

The judge now wants Riot Games with auditors to show how much Striker Lucian has earned. On this basis, compensation will be paid.