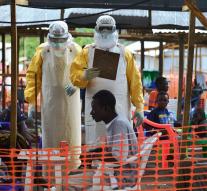 geneve - The Ebola outbreak in West Africa is over. That explained the World Health Organization Thursday. According to WHO, all,, chains of contagion 'stopped.


The epidemic broke out in March 2014 and affected mostly the countries of Guinea, Liberia and Sierra Leone. The virus took more than 11 000 lives. It was the worst outbreak of ebola until now.
The Health confirmed the end of the epidemic after the last patient in Liberia had shown virus-free. According to the WHO remain the three countries face a high risk,, '' on smaller new outbreaks.
NEW