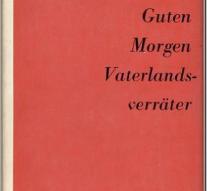 velbert - The German writer Karl- Heinz Jakobs is Wednesday at the age of 86 in his hometown of Velbert in the Rhineland- Westphalia deceased. Jacob created a furore in the GDR, where he debuted in 1959 with the book Guten Morgen, Vaterlandsverräter (Good Morning homeland traitors).

His biggest success he experienced with Beschreibung eines Sommers (Description of a summer) in 1961, which was also filmed. From the early seventies was Jacob increasingly critical of the regime in East Germany. When the government celebrated his colleague Wolf Biermann took away the citizenship, he protested violently. It was then he himself by the ruling party SED removed from the membership. In 1989 he moved to West Germany.