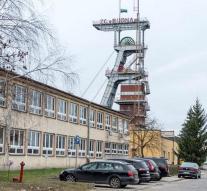 warsaw - The death toll from the earthquake in Poland Tuesday Wednesday increased to five. The quake with a magnitude of 4.4 was at the Rudna copper mine in the southwest of the country.

The dead were miners. The earthquake caused major damage in the mine. Three miners are still missing. The Rudna copper mine is managed by the Polish government.