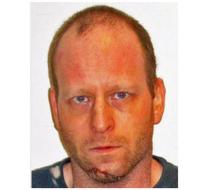 brussels - The Belgian federal police on Friday put one of the twenty most wanted criminals convicted. Then shines a Dutchman. It concerns the 49-year-old Eric Robert De C., who was convicted in absentia in 2011 by a court in Ghent to fifteen years in prison for the assassination attempt.

The list is an initiative of Fugitive Active Search Team of the federal police, hoping to get tips on the whereabouts of the fugitives. ' Discretion is guaranteed, '' is on most wanted. Federal Police. be.

The criminals wanted by Belgium, France, Armenia, Russia, Iraq, Morocco, the Philippines, Algeria, Pakistan and Bangladesh. The list has one woman, a 53-year-old Belgian who got a life sentence imposed five years ago for the murder of a Briton in 1996.