Home / World / Dutchman in resort: 'Cause of death Avicii still a big mystery' 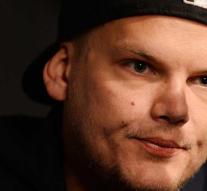 - A Dutchman who stayed at the same resort as Avicii says that he also knows nothing about the mysterious death of the DJ. In fact, even though the resort is so small, he has not heard of it until he received the news via the internet.

It was a coincidence that Derk-Jan Derksen came to Muscat Hills from his home and workplace in Dubai when the resort became so popular after the death of Avicii. The world-famous DJ and producer would stay at the resort, but more and more reports are coming out that Avicii had already checked out last week. The big question is where he stayed the last days before his death, the question for which his brother David Bergling traveled to Muscat to find the answer.

Meanwhile, Derk-Jan hears rumors and dares to say nothing with certainty, but: 'According to the staff, Avicii has been on the resort for only three days and he has not even booked those days under his own name. He probably stayed with friends. This is possible because there are easily several people in such a house. 'He does understand the choice for accommodation there. 'It is very nice and quiet, very remote. Nature is incredible here. '

According to the entrepreneur who lives and works in Dubai for the last ten years, it is also a very small resort with only thirty houses. Yet he did not notice any consternation around the death of Avicii. 'I heard the news myself via the internet. I have not seen a hearse. I have not seen anything from police either. In the media is always said that he died here, but that is not clear at all, that is not confirmed here. Close by is a large hotel, Shangri-La, which is probably the hotel where his brother is staying. It can also happen very well in that hotel. It seems to be one of both options, but again, I do not know. '