Home / World / Dutchman in Ireland in cell after threat 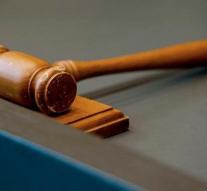 dublin - A 40-year-old Dutchman from Moroccan Komaf was convicted in Ireland last week for a five-year cell. He had threatened to kill one of his roommates and he was excited about the victims of terrorist attacks in, among others, Paris, reported Irish media.

Smael H., who has been diagnosed with schizophrenia but has stopped his medication, had also said to the police that he would like to decapitate Jews if he would see them walking on the streets.

H. was previously convicted in the Netherlands because he had threatened to inflate a bus. Even then, he had not taken his medicine.

The judge spoke of a difficult case, considering H.'s mental condition, but according to him H. represents a real danger to society as long as he refuses to take his medicine. In addition to imposing a jail sentence, the court also ruled that H. should be treated psychiatrically.