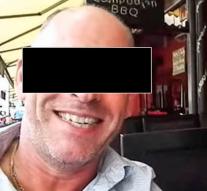 - The 53-year-old Dutch national who was arrested in Cambodia investigate torture and abuse of a toddler, to appear Thursday for the first time before the court in the Asian country according to a local newspaper. Stefan S. must justify why he has not reported the abuse, writes The Cambodia Daily.

The police investigation began when the Internet appeared a horrifying video. The boy, the newspaper was among more tortured with a Taser, an electroshock weapon. According to his parents, he was also raped.

S. himself has told the police that he knew nothing ' and has done nothing wrong, '' said the deputy police chief. The abuse allegedly took place on a cocoa plantation in Cambodia which is owned by the Dutchman.