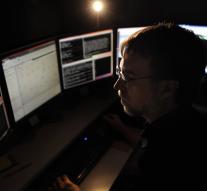 - Although half of the Dutch are concerned about Internet security, has only a small proportion (8 percent) actually had trouble with viruses or privacy violations last year, reported the Central Bureau of Statistics Wednesday.

According to the CBS received 6 percent of the online users to create a computer virus, allowing data lost. In 3 percent of cases, the privacy was violated by example abuse of personal data. The same percentage of online users ran financial damage from credit card fraud, known as phishing and pharming. With the latter two are directed Internet users to fake websites, in order to make them data or extort money.

By fears about Internet safety often see people out of online activities such as ordering supplies, posting personal information on networking sites and download software, music or games. They are also sometimes reluctant to wireless Internet on a mobile device such as a smartphone, to use somewhere other than at home.

According to the statistics office make people aged 75 or older are the least concerned about Internet safety. This group had in the past year also least affected by problems. Only 4 percent made ​​a security incident with it, under 75 was 9 percent. This is because young people use the Internet more and more active on the Internet than older people.