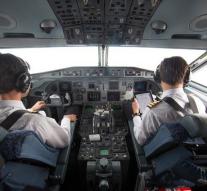 schiphol - The Dutch Traffic Controls Association (VNV) sees the ban on laptops and tablets in the hand luggage on flights to the United States. The UN expects the Americans to announce a ban on the use of laptops, e-readers and tablets aboard aircraft on the way from the EU to the US within a few days.

In March, the government of US President Donald Trump announced a ban on electronic equipment in hand luggage from a number of Arab and Turkish airports. The Americans fear that terrorists can hide explosives in electronics. America would now also want to force European airlines to transport the electronics together in a container in the freight space.

A UN spokesperson says to the NOS that there are major risks of transporting electronics with lithium batteries. If one of the devices is on fire, the crew can not extinguish the fire during flight. In addition, terrorists can also explode an explosive in the freight space, the UNSC argues.

This week, American and European top officials are discussing US requirements. The UN lobbying at ministries in The Hague to prevent the US from imposing the laptop ban on European aviation.