Home / World / Dutch picked up after finding 1.5 tons of coke 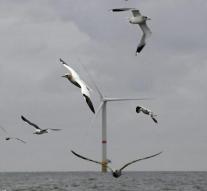 brugge - The Belgian authorities arrested three Dutch and one Belgian after the finding of one and a half tonnes of cocaine aboard a fishing boat. The street value of the hard drugs can rise to 225 million euros, according to the Belgian justice Wednesday.

The authorities have been watching the fishing boat in Oostende for a long time. This happened in the context of an investigation into drug trafficking from South America.

After the vessel was seized, the police discovered the mega-load drugs in a kind of double bottom.

The street value is so high because it is about uncut cocaine.