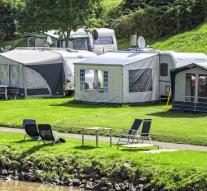 brussels - Anyone in the campsite in France, Italy or anywhere in the EU can use the Dutch offer of streaming services like Netflix or Spotify from next year. The European Parliament is voting today with a package of measures that are part of plans to reach a single digital market in the EU.

Whoever travels to another EU country and starts Netflix, for example, gets the offer from that country. That can differ greatly from the catalog in the Netherlands, so a favorite series can not be missed. Also subtitles abroad are not always available in Dutch. It depends on local rights. For series that Netflix manages, for example, Dutch subtitles are always available.

The new rules apply to all digital subscriptions, so in addition to movies and series, for example sports matches, music or e-books.

It's a while to wait for the change to take place. If later this month the EU countries officially agree (a formality), then there is nine months time for online content providers to adjust their technology to the new rules. Spring 2018 is so far.

As of June 15, all rules for data roaming abroad will change. Who travels within the EU can use mobile internet for the Dutch fare. Watching a series from the lazy chair at the campsite in France via the mobile phone with 4G connection- without a tough telephone bill- will soon be available.

The deal reached now offers no solution for watching live broadcasts from the NPO. They are now blocked when trying to look from abroad. The new European agreements offer a solution. If it is clear who is watching (via a registration), access can be granted to the TV broadcasts. But the NPO announces that there are no plans for it, because much more has to be paid to rightholders.