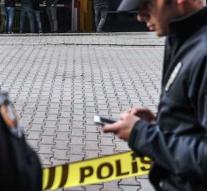 amsterdam - The Turkish authorities have arrested several Dutch people in an operation against the terrorist organization Islamic State. That happened in Bursa in the northwest of the country, say sources...

The police arrested four suspects, three of whom had a Dutch passport. They are reportedly associated with the activities of the terrorist organization in Syria, which borders on Turkey.

Certainly one of the suspects is a woman who has both Dutch and Moroccan nationality. The fourth suspect is an Iraqi. Anadolu reports that the suspects have been arrested in their living quarters in the Mudanya district in Bursa. The group was spotted at Interpol.