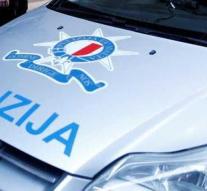 valletta - A 25-year-old Dutchman was badly injured on Malta on Friday. Three other Dutch people were slightly injured. They walked early Friday morning on a boulevard of the capital Valletta. There they were scooped by a car. The driver of this had lost control of the wheel.

The Dutch went out with two women from Croatia and two men from Great Britain. The two Britons were also injured, the Croatian women remained unharmed.

Maltese Vice Premier Chris Fearne wrote on Twitter that one of the injured is in a very critical condition, but he did not say whether it concerns the Dutchman. An eyewitness tells Maltese media that the Dutchman has been resuscitated on the spot.