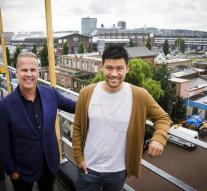 - Traditional TV is losing ground to the Internet. For television makers are there new opportunities, so let's see these two Dutch entrepreneurs.

Derk Nijssen (1969) already did more business with television when he was invited as a supplier of MTV in 2005 at the European Music Awards in Lisbon. 'I realized that they miss the boat on the Internet, I can do this better. '

Upon returning home he laid the foundations for music platform XITE. He finally gave up with backing from investment HENQ. Meanwhile, the company is active in the Netherlands, Germany, Belgium and Qatar, and is a breakthrough in the US close.