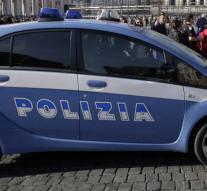 - A Dutch- Turkish truck driver was arrested in the Italian port of Trieste because he almost tried to smuggle more than eight hundred guns. The man was traveling from Turkey to Belgium, reported the Italian newspaper Il Giornale.

The weapons were all neatly packed in cardboard boxes, but were not reported to the authorities.