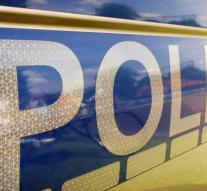 dusseldorf - An employee of the airport in the German city of Düsseldorf was seriously injured by a stabbing. A man approached the victim from behind and stabbed him in the head, says a spokesman for the police.

The victim, an employee of the airport security service, was transferred to the hospital and operated on. According to the police, the employee is no longer in danger of life. The alleged perpetrator has been arrested. The authorities suspect that the man has psychological problems.