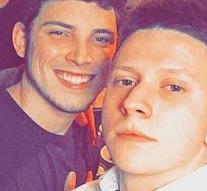 - A man had to pay 1300 euros because he had made a ride with Uber after a night out. Kenny Bachman decided to order an Uber in a drunken state to his home in Philadelphia. The only problem was that Bachman was not around there, but in Morgantown in West Virginia. That is almost 500 kilometers away from his home.

When the man knew what was going on, he was already about half of the trip that takes about five hours. He decided to finish the trip instead of asking the driver to turn around.

According to NJ. com Bachman was not really lucky when he booked his ride. For example, he ordered an Uber XL, a more luxurious version than normal, and it was also busy when he applied for his ride, which meant he had to pay almost twice as much.

Bachman has complained to Uber, but according to the company the driver has delivered him neatly to the address as he had requested. In the end the man paid the ride.

'When the ride was over and I saw how much I had to pay, I thought:' Ok, this is insane. This is crazy, 'says Bachman.

However, the man judged his driver five stars, the highest rating, and he gave him extra money to pay the toll roads on the way back.