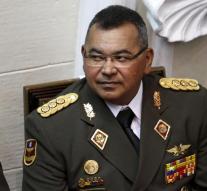 caracas - President Nicolás Maduro of Venezuela has appointed a Minister of the Interior who is wanted in the United States for drug trafficking. It involves Nestor Reverol, a general who was head of both the anti-drug agency of the country as the National Guard.

Maduro announced the appointment on his weekly TV show. Monday was known justice in the US that Reverol, along with another, is charged with involvement in the cocaine trade. Maduro said he Reverol already gives its support.,, He is attacked by the US empire, 'he said.

The 51-year-old Reverol has denied the US allegations.