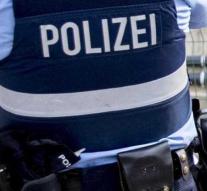 hannover - The driver of a Dutch hearse was killed in a road accident on a German highway. The car collided with a truck in the vicinity of Hanover, reports German media. The identity of the deceased driver has not yet been announced.

The hearse suffered enormous damage due to the crash. The vehicle would have been partially slid under the truck. When the emergency services tried to free the driver, they discovered another body in the car. It concerned material remains that were transported in a coffin.

The driver of the truck remained unharmed. The police still could not say anything about the cause of the accident.