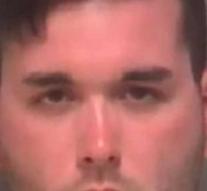 charlottesville - The right-wing extremist who drove his car on a group of counter-demonstrators during a demonstration of legal nationalists in Charlottesville, USA, was found guilty of murder. The 21-year-old James Fields was convicted by the jury on Friday of nine other offenses.

In Charlottesville last year an alt-right meeting was completely out of hand. Fields drove his car on a group of counter-demonstrators. A woman was killed in the action. In addition, 35 wounded.

Fields can get a life sentence. According to his lawyers, he acted in self-defense because he felt threatened by the counter-demonstrators. The penalty will be announced later.