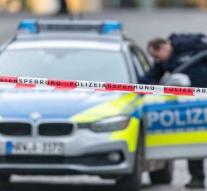 passau - Kneeled by the police, a thirty-year-old German raged in the night from Saturday to Sunday, sometimes 200 kilometers per hour across the A3 in the south of Germany. The man appeared to be under the influence of drugs.

The police chased with various vehicles when the man at the border crossing at Passau suddenly gave gas and noticed. Due to the high speeds, the police did not get him at first. The drugged driver, who also drove a bit against traffic, finally called the emergency number of the police for unclear reasons. A care worker managed to persuade him to surrender to the police.

He turned out not to have a driver's license and to have stolen the car from his father. The police brought the man, who made a confused impression, to a psychiatric institution.