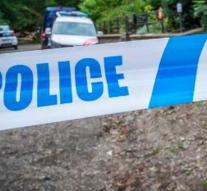 liege - The man who had been carried away by a car in Liege might not be tied to it, as the police had first reported. According to the Belgian Public Prosecution Service, the man is in the middle of...

The 26-year-old man is in a critical condition in a hospital. The incident happened on Sint-Lambertusplein in the center of Liège. The man who fell was not known.

Eyewitnesses saw that a car dragged a body. Agents came on the spot, but only found a shoe. Later, two people in the Liège suburb hit an alarm when they saw that someone was hanging under their car. The occupants, two-fifties, were taken to a police station.