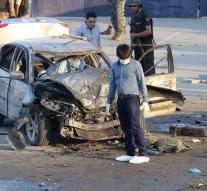 lahore - On a bombing in eastern Pakistan, 26 people were killed on Monday. Also, 58 people were injured, reported the government of the province of Punjab.

Among the dead are nine police officers, said a spokesman for the Lahore district. The explosion occurred in the afternoon on a busy road in Lahore, the capital of Punjab.

The exact circumstances surrounding the attack were still unclear. The city has declared the state of emergency. According to a spokesman for the Pakistani Taliban (TTP), a suicide terrorist on a motorcycle conducted the attack on security forces.