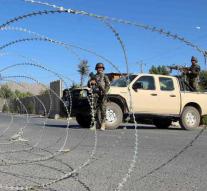 kabul - In a suicide attack on a mosque in the eastern Afghan province of Khost, at least 26 people were killed and fifty wounded. The blast was in a house of prayer on a military base, an army spokesman said.

The blast occurred when the mosque-goers were preparing for the Friday prayer. According to the spokesman, the victims all worked for the army.