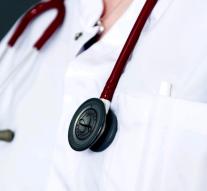 jakarta - Dozens of children in Indonesia, often less than seven years old, died of a mysterious illness. According to health workers in the district Mbuwa in Papua are already 41 children deceased by the condition. It begins as a mild flu but appears to be rapidly fatal.

Also many as pigs and poultry has suddenly deceased. Doctors rule out that the children have died from malaria, reports the newspaper The Jakarta Post.